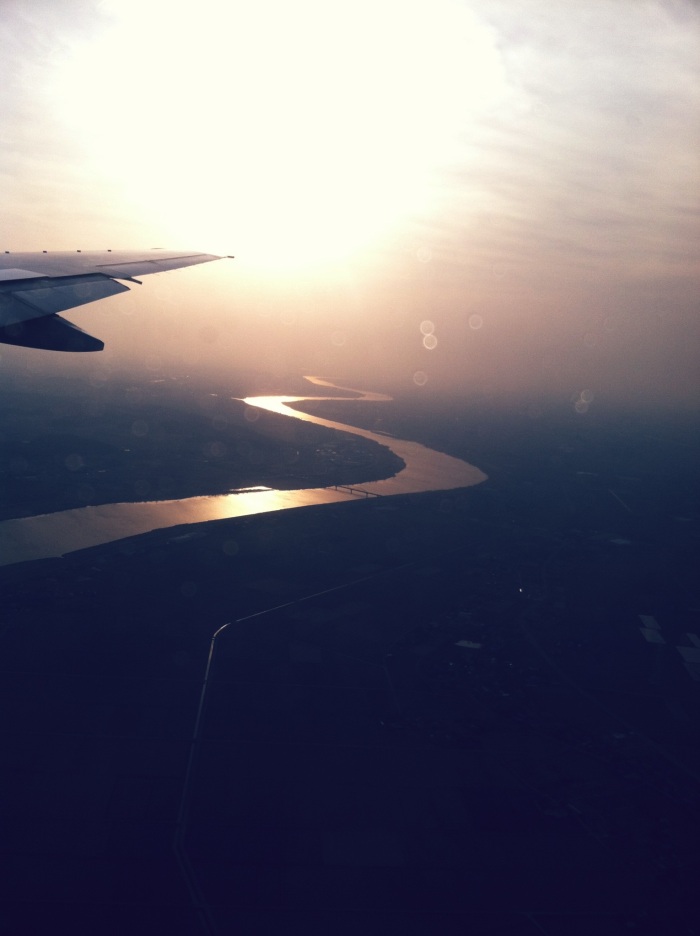 I made the moves to check into my flight the night before only to find that it had been cancelled – I will thank the 8 inches of snow that blanketed Pittsburgh. After using all the lame tools in my arsenal to convince American Airlines to send me on my way, I was rebooked via Chicago O’Hare. By far the most intimidating monster of an airport I have ever been to. The 13 hour flight was a daunting amount of time to sit in a confined space…which was easily remedied by 10g of melatonin and a few rounds of complimentary wine. 12 hours later I woke up somewhere over the Kamchatka Peninsula.

I had told Adam that it would be easy to find me in the arrival lobby. And then I walked into a ROOM FULL OF ASIANS. I had almost missed that minor detail. Luckily, he eventually located me, and my white knight showed me the ropes to the highly convoluted, though clean and efficient Tokyo Metro system. Because Tokyo transportation is divided between three private companies, the transfers can be complicated. It would take me longer to get the hang of it. However, I loved the Passmo swipe card system and think that Philly could benefit from something like it.

It feels so out of body to be here in Tokyo with friends. They led Caroline, Adam, and I around their new world, us being starry-eyed and fighting off some serious jetlag. For a reference it is 10 hours in the future from EST. Hannah and Paulina are living in a share house in the Azabu-Juban station neighborhood just by the Temple University-Japan campus. Jordan, Steve, and Jigar moved into an apartment a few blocks away. It is an international neighborhood lined by embassies and varied architectural styles, still city but a tranquil boutique and residential area. And yeah, they look good! I couldn’t help but smiling every time I realized where I was and who I was with.

So, here are some first impressions and notes:
The hygienic masks that everybody wears makes being in closed spaces like the metro feel very eerie. I felt constantly on guard for airborne illness…and can’t tell whether the city is mid-outbreak or overly precautious. Also, there are vending machines on every corner that dish out, among other things, hot canned coffee. Tommy Lee Jones’ face is plastered on these vending machines. Men with hair fixed into samurai buns stomp the city in Uggs (but in equal proportion to those in designer leather). There are signs of the intersection of Shinto and Buddhist influence to be found everywhere. And coming from a city like Philadelphia where bike theft drives us to paranoia about the state of our wheels, I was perplexed and hopeful to see that most people don’t lock their commuter bikes save for a small piece that fixes to the front wheel. Theft is just not a pressing crime here. Also, most toilets, including those in the stations, are fixed with seat heaters, bidets, and a weird waterfall sound so that nobody can hear you pee. The stations also hold full shopping malls to capitalize on a lack of space, a maximization of which became a pervasive theme in Japanese design. Despite the visible lack of trash receptacles, you will be hard pressed to find any litter. Anywhere. Besides Oviedo, this is the cleanest place I have ever been. Also, there are a few intersections of different forms of transport in the city that are layered and congested to the point of mania. Shibuya Station actually made me nervous with its criss-crossing highways overhead and six way pedestrian intersection below.

Right now I am pulling an overnighter in the Haneda airport while waiting for my 6 AM flight to Seoul. This airport is the best I have been to in terms of countering a public trans system that is shut down from midnight to 5. I’m going to curl up on this sofa for a bit.