I finally feel like a part of the hostel.  I’ve contracted the staff bug, which has my head pounding and my sinuses swollen.  This has also come with the continuing trend of sunlight, so it hasn’t exactly stopped me from entering the outside world.

I have been totally freaking overwhelmed by the Namdaemun and Dongdaemun Markets where there are too many people haggling over knock off designer handbags and shoving through the narrow pedestrian walkways and endless aisles of underpants and stockings.  I will never return to either.  As for general shopping, this is a highly consumerist culture with malls on every block and where recognizable name brands are coveted. Stores like Muji, Gap, and Uniqlo spiderweb throughout the city, so you’ll never find yourself too far from a shopping center.  Equally difficult to reconcile with at times is the lack of green space in the city.  That’s the shit I don’t like.  I have noticed a visible dearth of parks and outdoors access.  Luckily, that’s all there is as soon as you leave the sprawl.

I feel like I also have to offer a quick review of the insane amount of all-night food joints in Hongdae.  When the soju starts to make you feel dizzy, you can find Monster Pizza on the main strip (good pizza by Korean standards, mediocre if you’ve been to New York).  There are also lines of stands serving up fried chicken sticks, hottoek, and mandu.  The hottoek is probably my favorite…it is some sort of sweet dough stuffed with red bean paste and shaped like a goldfish, which ups its cute factor.

And then I am planning a trip in May with the Tokyo friends.  We are shooting for Bangkok, northern Thailand, and then trying to decide where from there.  It was fun getting feedback from all of the travelers at the hostel as to where to go, including shouts of “what the fuck, how can you miss Laos?”, “NAPPACK HOSTEL!!!”, and “fuck it, do them all!”.   So I just ended up taking a poll.

When you are starting to miss South Philly and those weekly Veracruzana runs, there is Vato’s urban tacos in Itaewon, a place that plays with Mexican and Korean fusion.  The prices aren’t the same as South Philly, but the margaritas were tasty when paired with awesome kimchi & galbi tacos.  Defiant of the hour-long wait for a table, my mom charged ahead and commanded two seats at the bar in front of the margarita blenders.

Also in Itaewon is the Leeum, a museum of Korean art and contemporary art.  I particularly enjoyed its many collections of celadon and Buddhist pieces dating back to the 12th century.  And its contemporary collection was equally impressive, bringing together international artists like Jean-Michel Basquiat and Joan Mitchell.  The surrounding neighborhood is a residential area for diplomats and other ex-pats.  The home design is incredible, an organized block of wood, metal, solar panels, and huge panels of glass. 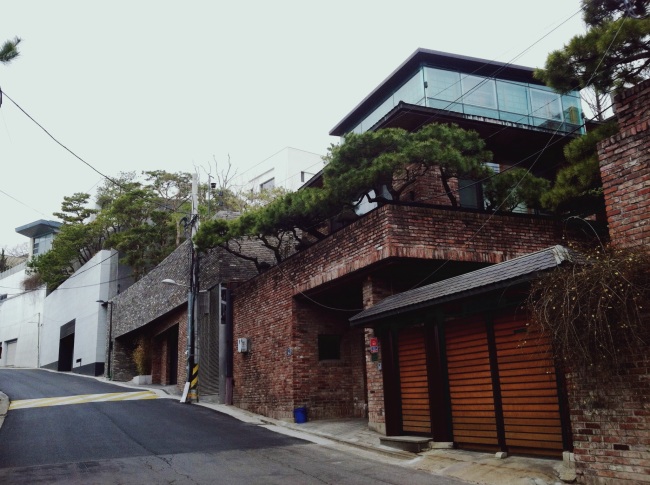 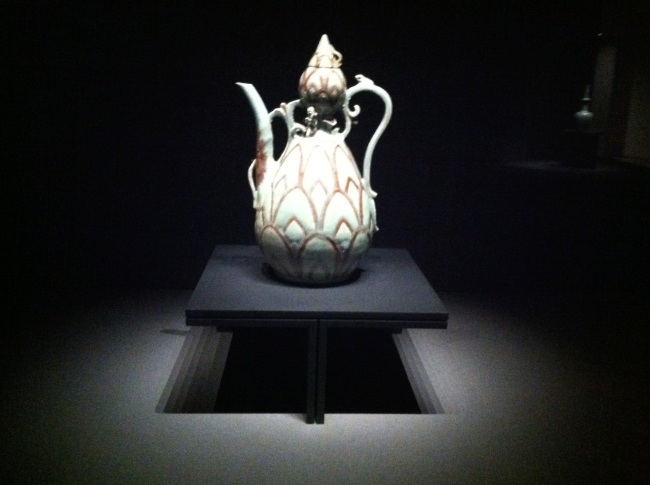 Yesterday, I needed to get fingerprinted to complete my Peace Corps legal work.  The U.S. embassy instructed me that any Korean police station would suffice.  So I hesitantly entered the local corner station and was greeted by an equally bewildered officer who strained the deepest muscles of his brain attempting to understand the forms written in English only.  Unlike the Philadelphia police force, this wonderful man called in backup, another officer who urged me towards his car and continued to drive me 20 minutes to the next station.  There, I was offered green tea ice cream and they took my prints free of charge before ushering me back into the same cop car for a ride home.  I’m completely lost for words.

A recent article in the New York Times offered an interesting insight into the frenzied development and accumulating cultural capital in Seoul, a truly fluid city.