What does it mean to be home?

Back to public transportation with legroom, back to that fresh laundry smell that at this point turns me on like crazy, back to showers that do not shock you intermittently and back drinking water from the high pressure showerhead. Back to dogs in purses. Back to non-GMO snacks. Back to multicultural intersections and wanting to wave to all of the POCs.

I have spent a long pensive while trying to identify what it means to be home. Where is it? What does it look like? Who is it with?
My only definition at this point can absolutely be:
Home is where the friends are.

I still get that crazy thrill landing in unfamiliar territory, so that is exactly what I felt when landing in LAX. I have been to LA three times in the past, twice en route to the Coachella Music Festival, and once two years ago after a drive across the country from Pittsburgh. Every time, I have gotten to see a completely different face of this megacity and each time, like time in New York, it is a little less overstimulating.

I am always happy to revisit certain places, like Santa Monica Pier and Venice Beach and Amoeba Records, just to compare what I see to what 17-year-old Arlene had been so starry eyed over. And then 20-year-old Arlene who wanted Mt. Baldy and Joshua Tree. I now find that I look for a healthy dose of the inside and outside of cities.

Of my best eating stateside, three of the occasions were spawned in Koreatown. LA’s Koreatown is the next best to Seoul itself. It is also incredible to see a community reincarnate after 80% of it was destroyed during the L.A. riots. True to my roots, it takes me about a half shot of soju before I want to karaoke. When I die, bury me inside the Kogi truck.

Another food moment: an existential crisis in the peanut butter aisle in Ralph’s.

Every neighborhood is its own anthill. My favorite anthills are Echo Park and Los Felices. There are infinite ways to map LA. One is by its neighborhoods, one is by parking availability, and one is by language. By Spanish, by Korean, by Tagalog.

I drew breath over the city lights, the view from Mulholland Drive, like a flat vast reflection of the sky. And then high in the backseat, merging into a ten-lane highway by night with each of the red bulbs before you vibrating and pulsing with the speed. LA is the flattest city I have ever seen, as if a space were steamrolled between the mountains and the shore to encourage sprawl. It is the desert being molded by man, and yet, they ask why it is so dry…

While stateside, I took advantage of the opportunity to do some grad school research and start the interviewing process. While I didn’t find what I am looking for, I can comment that the University of Southern California is exactly what I am not looking for in an urban campus. I found it to be neither socially conscious nor attempting to integrate into the surrounding neighborhood. Its ethnic and regional diversity does not extend to class, and even the urban planning department showed a preference for planning involving big real estate and commercial development. It has a large spread of well-manicured lawns and leather office furniture and fountain tours and talk of its enormous endowment to fund these things. When I asked for directions to the metro, I got the feeling that I was the only person to ever travel to the campus that way. Try not to get hit by a pledge brother in a new Audi on your way to the admissions office. Also, in order to apply, you must be able to ride a longboard. All bad vibes. So, I find myself in the unexpected arms of reverse culture shock wandering around in a haze of half-horror and confusion.

Malibu is a retirement community for brats who will probably live forever because the salt from the sea and sky is healing. Despite it all, I found comfort along the shoreside cliffs to the north up to the winery in Los Olivos where we got to put our noses into some Greek style bottles.

Another favorite space: The Getty Center, with free entrance, and a panoramic overlook of the city from its cacti garden. This Richard Meier design has a clean but not sterile layout, geometric while retaining its modernity. Its basement photo exhibition by Josef Koudelka on national identity is pretty incredible in a wrenching way.

LA reminded me of many things that I had before been seeking to escape and also counter in gaining a particular skill set through the Peace Corps. I will probably never live there, but as a visit, LA has a lot to offer. I am extremely grateful for my friends there.

Pros: Koreatown, proximity to ocean mountains desert
Cons: traffic, Hollywood
I don’t trust anyone who wants to be famous.

It is easy for me, now more than ever, to romanticize places far away. But stateside, it was easy to get comfortable again and see the aspects that chase me to the edges of the world. 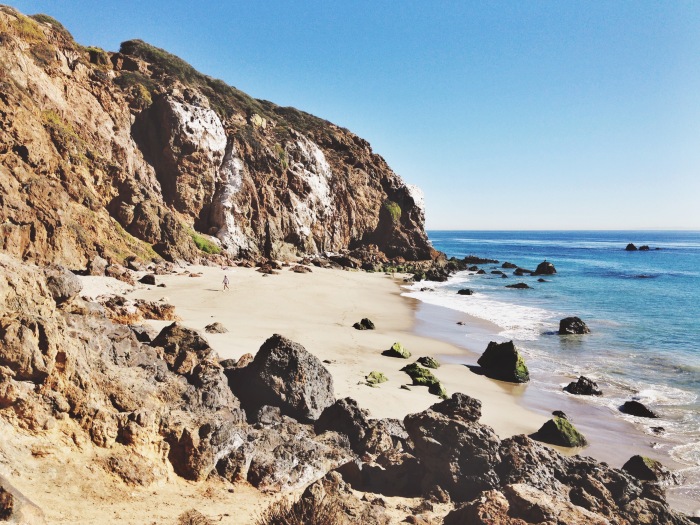 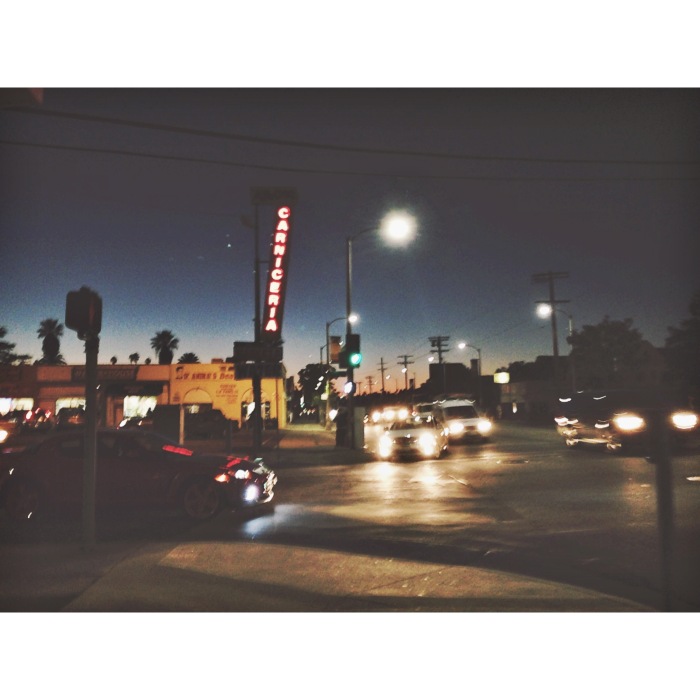 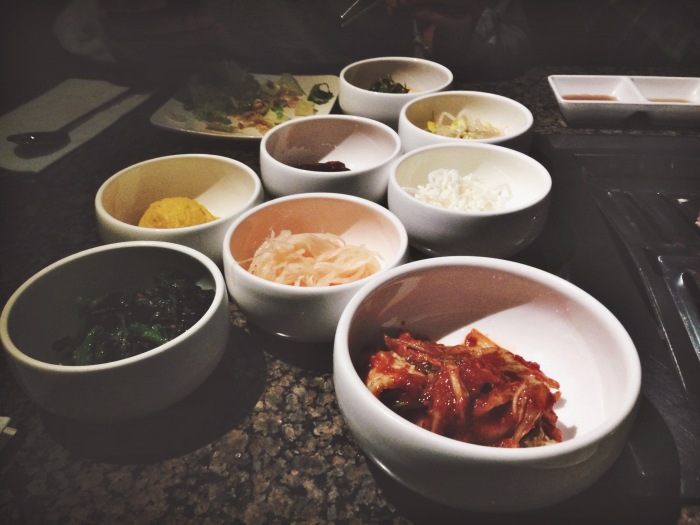 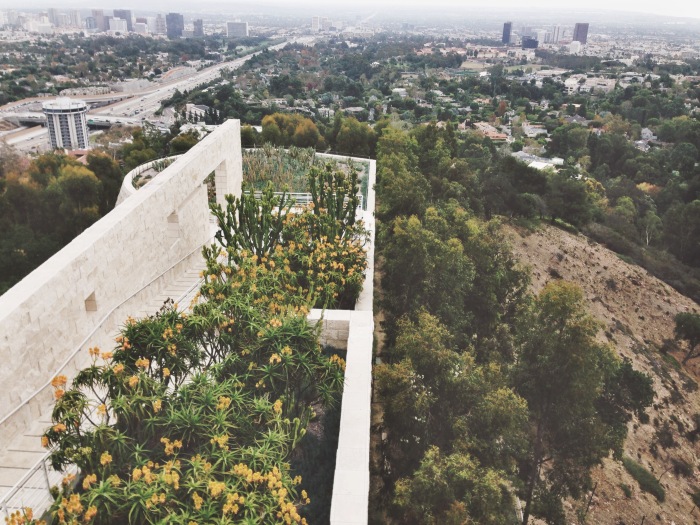 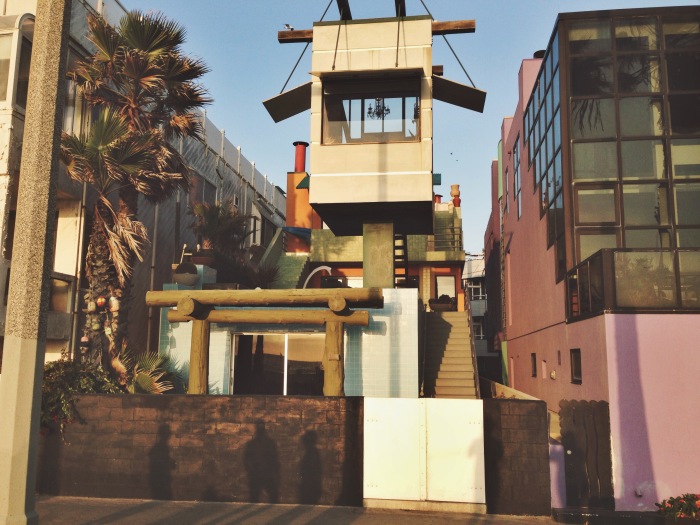 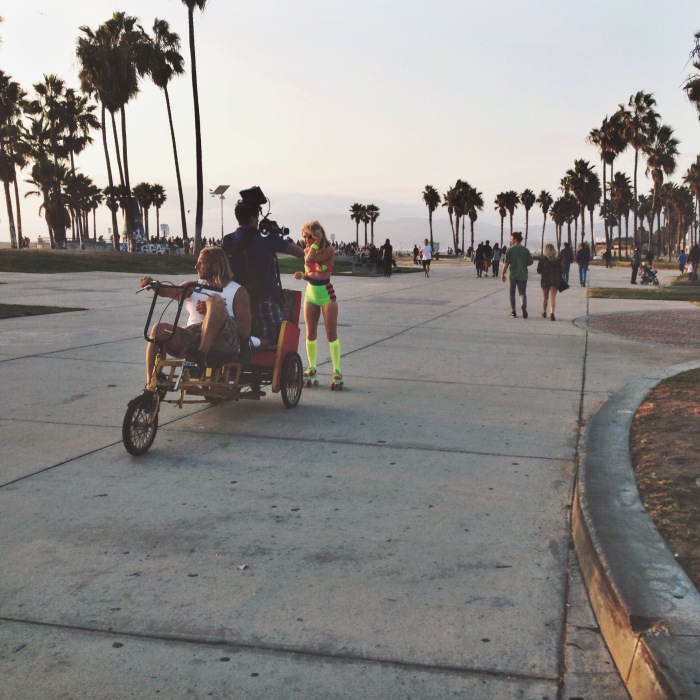